Dedicated to inner alchemical transformation, this Hall represents all the development stages of human beings, each linked to a specific metal.

Spiritual evolution by overcoming of our human limitations is the theme of this spacious, circular Hall. The design of the floor mosaic is continued by the images depicted on the walls to finally reach the terracotta ceiling.

The journey towards spiritual refinement is skillfully represented in this Hall through the metaphor of the alchemist, who longs to transform iron into gold. The various stages of this process are depicted in eight glass windows, embedded in as many wall niches, that show the different ages of human beings, each connected to a specific metal. From the iron of early childhood to the gold of old age, symbolizing spiritual nobility.

Six large-size human figures portrayed in the floor mosaic represent the limitations to overcome, while on the walls feminine and masculine figures are depicted in the act of freeing themselves and reaching higher spiritual levels.

Higher up, near the ceiling, more human figures of all ages represent the spiritual sphere and the dimension beyond life. The beautiful, unique terracotta ceiling is adorned with silver and gold leaf. Dancers and knights are depicted while they are protecting the spiritual fire through art, beauty, knowledge and discipline.

Four ceramic columns, finely decorated with plant motifs, are placed in front of the four Tiffany glass portals that are dedicated to the elements. 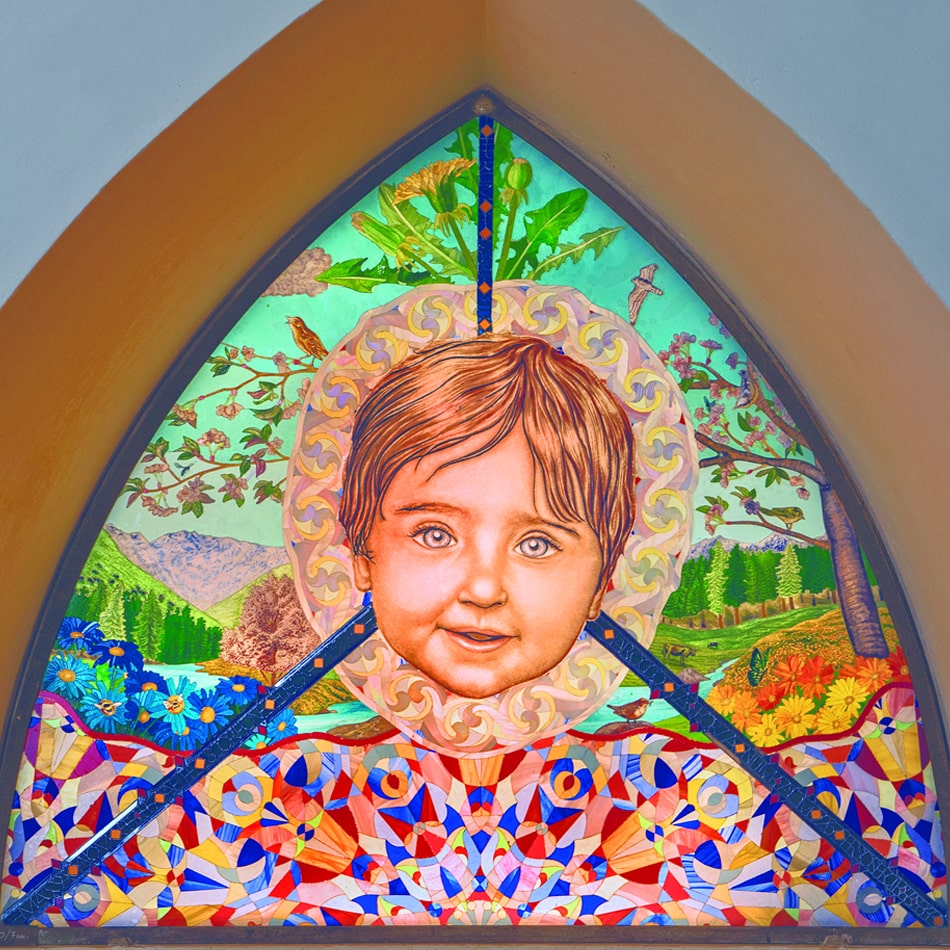 This window represents the age 0 to 7 years, connected to iron. All around the portrait, tiny pieces of glass create a colored aura, formed by Sacred Language symbols. The landscape in the background describes the beginning of Spring. The face representing this metal was made using the ancient technique of grisaille.

The warrior on the ceiling of this Hall has his eyes closed to indicate that he uses other senses to hit his target, in addition to his physical ones. The figure rests on a background of intertwined signs of the Sacred Language.

Inside the white circles, the dancers’ movements recount a myth connected to the protection of the spiritual fire. 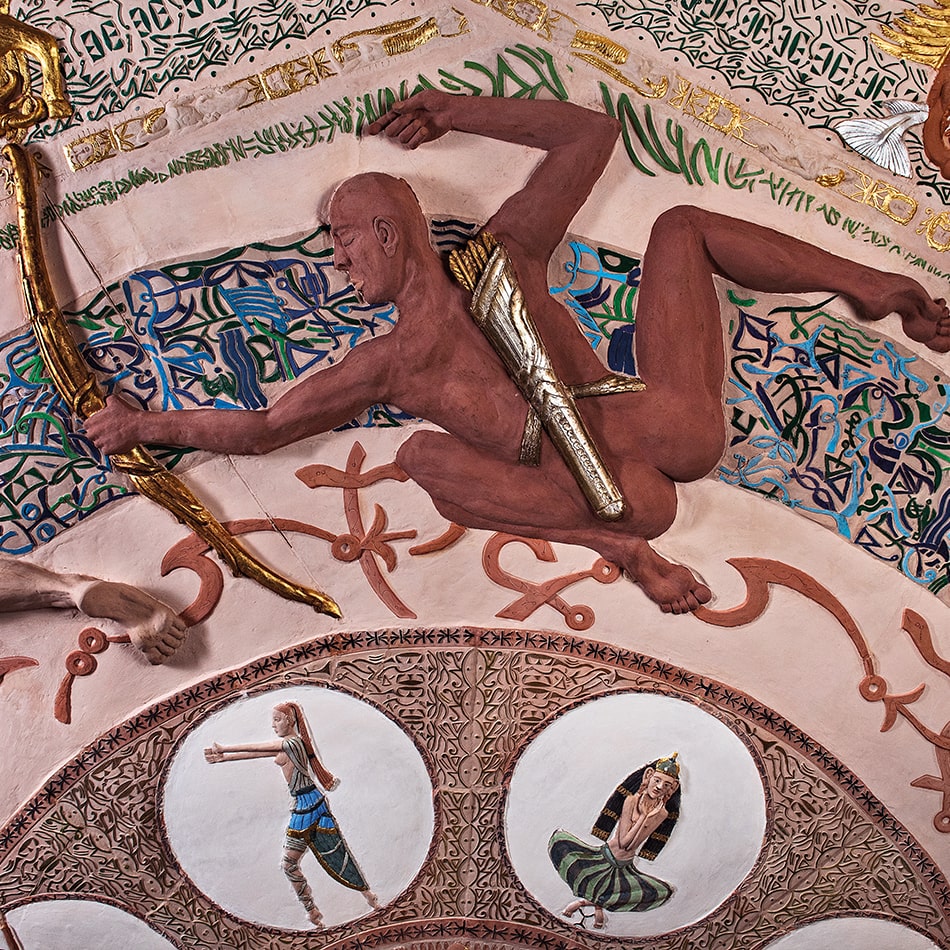 GROUP VISIT OR BESPOKE EXPERIENCE.
DISCOVER THE TEMPLES JUST AS YOU WISH TO

Become a Patron of the Arts of one of the most powerful Spiritual beacons of our times. Your donation will be used to continue building this modern cathedral to connect to the Divine forces that are now guiding the evolution of humanity. And to help every human awaken.

You will become a Patron of the work of this remarkable group of artists, so that more stories and myths can be added to this hall of the Temples and the whole structure can be maintained and preserved Together we can create a living Ark of all the cultures of our planet across all time and space, preserving the most sacred of our collective memories so that they can be a guiding light towards a future of beauty, harmony and peace.

Stay connected through our newsletter!

Any cookies that may not be particularly necessary for the website to function and is used specifically to collect user personal data via analytics, ads, other embedded contents are termed as non-necessary cookies. It is mandatory to procure user consent prior to running these cookies on your website.